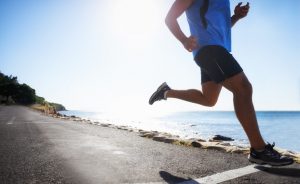 Also known as runner’s knee, PFPS is a broad term that describes anterior knee pain stemming from overuse or injury. Physical therapy, stretching, and exercises to strengthen the knee and surrounding muscles are traditional therapies in treating PFPS, but research shows there might be a better way. A study published in British Journal of Sports Medicine found that rehab routines which focus on hip strength appear to provide superior results in relieving runner’s knee.

British and Australian scientists evaluated 14 previous studies of individuals with PFPS. The researchers found that participants whose therapy programs included hip strengthening, endurance and activation exercises had less knee pain and improved joint function over participants whose programs only focused on the quadriceps muscles. Programs that focused on improving hip and glute strength with heavy weights also had favorable results after a one year follow-up.

Runner’s knee tends to be a recurring condition, so ongoing exercise programs which focus on hip strength could be the key to long-term relief, says study author Dylan Morrissey, Ph.D., of the Queen Mary University of London. However, treatment for runner’s knee or any other running injury should not be a one size fits all approach. If you experience ongoing knee troubles, Morrissey recommends seeing a physical therapist or medical professional. “There are lots of other things that can be done to help runner’s knee pain, and we are learning more about them all the time,” he said (Source: Active).